My Daughter Got Her Horse 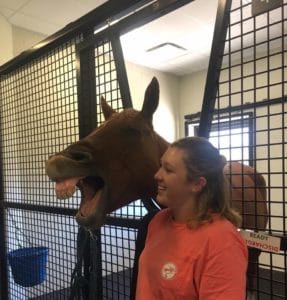 So my 18 year old daughter Brittany bought a horse today. Curtis is a beautiful horse that Britt has been test driving for a month or two.

I’m really proud of her…for saving up the money to buy the horse, for taking this leap into equine ownership, for adulting very well…

But the story goes back a ways. You see, when we were living at the Ark in 2010, before it was actually called the Ark, we invited a missionary group to come do training at our house for two weeks. 20-25 students, missionaries, staff and trainers came to our house and lived with us. It was chaotic and crazy and the best time of our life!

While they were with us, a disastrous earthquake shook Haiti and our home became mission central for the communications between this missions organization Adventures in Missions  and Haiti and the Dominican Republic where Adventures had bases established. Some of the missionaries staying with us were headed to Haiti and some had just returned.

At the time, Brittany was 10 years old. She had already been saving up her money from birthdays and odd jobs to buy a horse. It was her dream. She had about $400.

After hearing the stories of what was going on in Haiti, Brittany was heart broken and wanted to do something. Anything. Something. And God put it in her heart to give to her savings to help the Haitians. To give it all.

As her dad (and her financial advisor), I tried to talk her out of giving it all. “Don’t you want to just give some of it?”, I asked. She wouldn’t be swayed. She was giving all she had to the cause, to those less fortunate, to those who were in great need.

I watched with tears in my eyes, as she, with tears in hers, gave Seth Barnes, the leader of Adventures, all of her money and asked him to use it to help the people of Haiti. She traded in her dream of a horse for Haiti. And she did it willingly, lovingly, graciously and obediently.

The impact of what had just happened was felt profoundly by everyone in the house. So much so, that the missionaries started writing about it on their blogs. And as the story went online, people started responding. And commenting. And giving.  (Read two of those blogs here and here.)

And this little girls giving up of her dream resulted in thousands of dollars being raised for the cause, as money poured in from all across the country, prompted by one generous ten year old.

We ended up taking Brittany to Haiti that later that year, in what was a life-changing mission trip for the Hylton family. It changed the course of our lives.

And now you see that it has come full circle, and Brittany finally got her horse. God is faithful. And the tears are back in my eyes again. 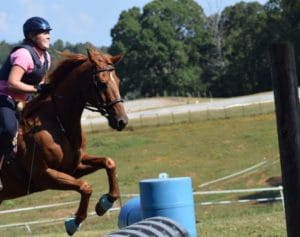 What are you waiting for?

We’re ready to answer any questions you may have. Give us a call today or book through our online system here. We usually respond within 24 hours.